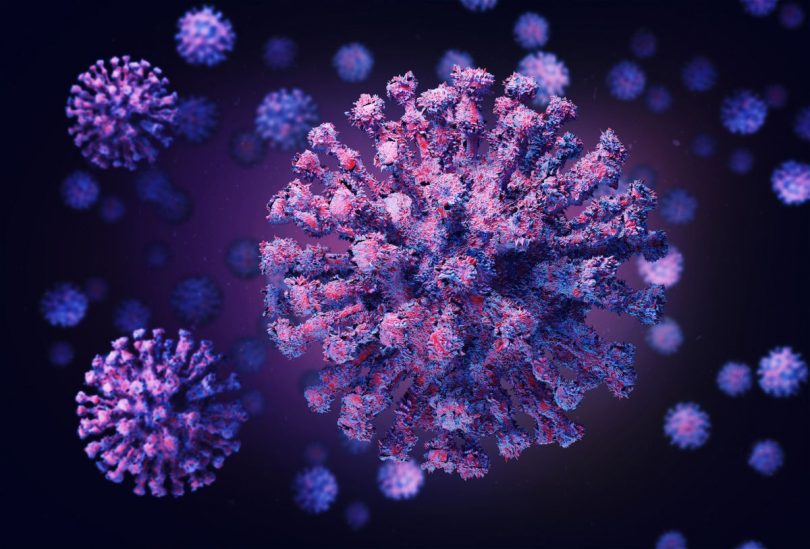 Health experts say the surge in coronavirus cases in Europe should serve as a warning to the U.S. not to drop its safeguards too early

Optimism is spreading in the U.S. as COVID-19 deaths plummet and states ease restrictions and open vaccinations to younger adults. But across Europe, dread is setting in with another wave of infections that is closing schools and cafes and bringing new lockdowns.

The pandemic’s diverging paths on the two continents can be linked in part to the much more successful vaccine rollout in the U.S. and the spread of more contagious variants in Europe.

Health experts in the U.S., though, say what’s happening in Europe should serve as a warning against ignoring social distancing or dropping other safeguards too early.

“Each of these countries has had nadirs like we are having now, and each took an upward trend after they disregarded known mitigation strategies,” said Dr. Rochelle Walensky, director of the U.S. Centers for Disease Control and Prevention. “They simply took their eye off the ball.”

The result has been a sharp spike in new infections and hospitalizations in several European countries over the past few weeks.

Italy closed most of its classrooms at the beginning of this week and expanded areas where restaurants and cafes can do only takeout or delivery. The country’s health experts say they’re seeing an increasing number of patients who are middle-aged and younger.

In France, officials imposed weekend lockdowns around the French Riviera in the south and the English Channel in the north, and are preparing new restrictions for the Paris region and perhaps beyond to be announced Thursday.

“If we don’t do anything, we’re heading toward catastrophe,” Remi Salomon, a top official in the Paris public hospital authority, told BFM television.

Serbia announced a nationwide lockdown for the rest of the week, closing all nonessential shops and businesses. The country of 7 million people reported more than 5,000 new cases on Tuesday, its highest number in months.

The trends are far more encouraging in the U.S., which has recorded about 537,000 deaths overall, more than any other country.

Deaths per day in the U.S. have plunged to an average of just under 1,300, down from a high of about 3,400 two months ago. New cases are running at about 55,000 per day on average after peaking at more than a quarter-million per day in early January.

An empty hallway and a row of unused face shields inside the closed COVID-19 ICU unit at Mission Hospital in Mission Viejo, California, tell the story of the improved outlook in the U.S.

The wing was teeming with the patients at the beginning of the year.

“It gives me goosebumps. It’s really just surreal because, you know, a month and a half ago, our unit was full of super, super sick COVID patients, many of which didn’t survive,” said ICU nurse Christina Anderson.

The European Union’s overall vaccination efforts lag far behind those of Britain and the U.S because of shortages and other hurdles. Roughly 1 in every 5 people in the U.S. has received at least one dose, while in most of the European countries, it’s fewer than 1 of every 10.

In another troubling turn, many European countries — including Germany, France, Spain and Italy — have suspended use of AstraZeneca’s COVID-19 vaccine over reports of dangerous blood clots in a small number of recipients, though regulators say there is no evidence the shot is to blame.

European nations haven’t vaccinated quickly enough to stay ahead of the more contagious variants, said Dr. Amesh Adalja, a senior scholar at the Johns Hopkins Center for Health Security in Baltimore, Maryland. Those variants are also taking hold in the U.S.

“Vaccination with no speed limit, 24/7, that’s what’s going to protect us from what’s happening in Europe,” Adalja said.

He believes it is too early for states to drop mask mandates but OK to allow restaurants and other places to increase capacity gradually.

“You don’t have to do what Texas did,” Adalja said. “You can increase capacity while keeping the masks in place.”

Texas and a few other states have lifted their statewide mask requirements or plan to do so soon, while governors in more than half the states have moved to ease other restrictions in the coming weeks for restaurants, gyms and movie theaters.

Disneyland in Southern California announced it will reopen with limited crowds at the end of April for the first time since the start of the pandemic. And airlines have had their best weeks since the crisis began and say more people are booking flights for spring and summer.

Amelia Fowler, among a stream of people getting their shots Wednesday at Medgar Evers College in New York City, is looking forward to grocery shopping and returning to a normal routine in her acting job after a dark year.

“It was just literally terror: terror going out of the house, terror going down the street, terror dealing with other people, and the terror has been removed,” she said.

Yusuf Lamont, who got his second dose, worries the threat is not over, saying, “It’s not a time to just start whipping masks off and dancing around.”

“There’s a false sense of security with numbers going down and people getting vaccinated. It’s like, ‘Oh, it’s safe to go do whatever.’ No. It’s a big country. There’s 330 million people,” he said.

Josh Michaud, associate director of global health policy with the Kaiser Family Foundation in Washington, said the optimism in the U.S. should come with caution.

Europe’s “rapid relaxation of distancing requirements in a lot of places, combined with populations letting their guard down as they look ahead to the light at the end of the long pandemic tunnel, helped set the stage for the current surges,” he said.

The lesson for the the U.S., he said, is to keep vaccinating those at risk as fast as possible, keep an eye on variants, and “keep slow and steady with the easing of social distancing requirements.”