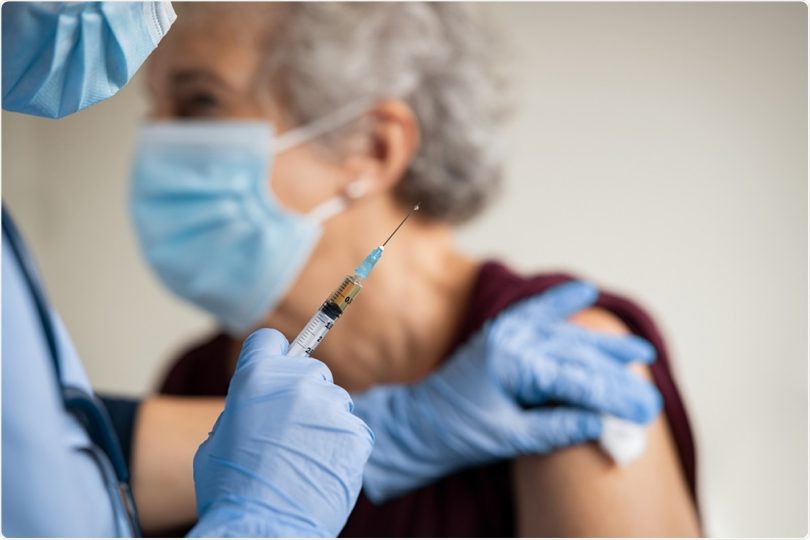 Arguments have been made that vaccinating the oldest, and thus most vulnerable in society, against severe acute respiratory syndrome coronavirus 2 (SARS-CoV-2) as the first priority may not be the optimum strategy in terms of saving the greatest number of years of life.

A short paper authored by Goldstein, Cassidy, and Wachter, recently published online in the journal Proceedings of the National Academy of Sciences of the United States of America (PNAS), demonstrates mathematically that vaccinating the oldest first, in fact, ultimately saves both the most lives and the most life-years.

The group obtained data concerning the age of COVID-19 related deaths from the USA, Germany, and South Korea, observing that the risk of dying from COVID-19 becomes exponentially greater with age, around 11% per year. The remaining life expectancy of people, however, continues to decline linearly until extreme age. The number of years saved by vaccinating the average person of a particular age was calculated based on these two data points.

Since only these basic statistical aspects were considered in the mathematical model: risk of death from COVID-19 and remaining years at a particular age, these conclusions should generally be applied. The group notes that vaccinating the youngest with comorbidities or serious health conditions would, inevitably, save the most life-years if they can be successfully immunized. This model also assumes, firstly, that vaccination provides good and lasting immunity, and secondly, that vaccine efficacy is constant with age. At this stage, the available vaccines do appear to be satisfactorily efficacious amongst all age groups, and short-term immunity, at least, is relatively guaranteed following two doses.

The authors support the announced priority by the World Health Organization, which had been criticized regarding the decision to advise vaccinating the oldest first. Providing the COVID-19 vaccine to those at the most significant risk of death remains the optimal strategy in terms of both lives saved and total life-years saved.