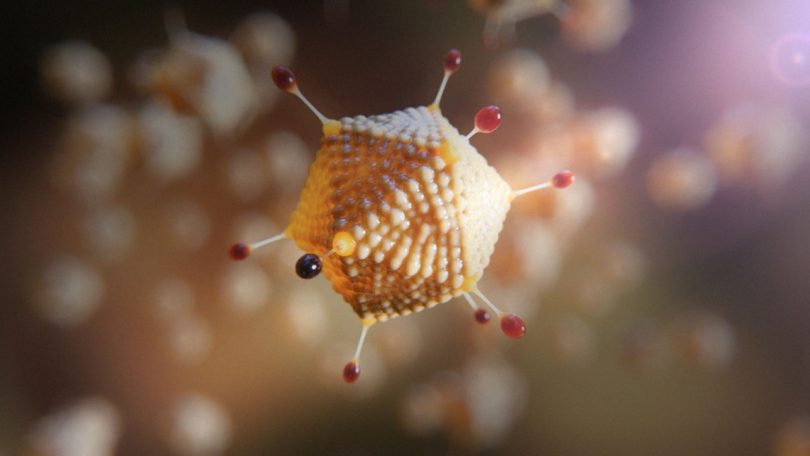 Seeking to quell a controversy of its own making, AstraZeneca yesterday issued new data from the latest clinical trial of its COVID-19 vaccine, slightly downgrading its previous estimate of how well the shots protect people from symptomatic disease. The update came after an extraordinary rebuke issued late Monday night by the study’s independent monitoring board, which complained that the company had used potentially misleading and “outdated” data in its initial analysis.

The two-dose vaccine, made by AstraZeneca with technology developed by the University of Oxford, had 76% efficacy against symptomatic COVID-19 among the 32,000 trial participants in the United States and South America, the company stated in a press release distributed late last night. That’s 3% lower than AstraZeneca reported in a press release on 22 March. The new analysis is based on 190 COVID-19 cases that occurred in people who had received the vaccine or a placebo; the previous one evaluated 141 cases, which AstraZeneca says was a prespecified cutoff point for an interim analysis.

No fully vaccinated person in the trial has been hospitalized because of COVID-19 or died from the disease, the company says. Eight people in the placebo group developed severe disease, but none of the vaccine recipients who became ill progressed beyond moderate symptoms.

The harsh criticism from the Data and Safety Monitoring Board (DSMB), combined with a string of communication blunders by AstraZeneca, has given many researchers pause about the company—and, in turn, the vaccine. “The new revised numbers are reassuring, but at this point, they have lost so much of their credibility that I’m reserving judgment about what their trials showed until the FDA [U.S. Food and Drug Administration] has a chance to evaluate it,” says Ashish Jha, dean of the Brown University School of Public Health. (AstraZeneca says it will soon submit its trial data to FDA to obtain emergency use authorization of the vaccine.)

Jha and other vaccine experts say the small downgrade in reported efficacy has little meaning. Such data come with wide confidence intervals; the new analysis indicates the true efficacy likely lies somewhere between 68% and 82%. (Efficacy is a clinical trial measurement that does not translate directly into real-world effectiveness.) The DSMB was reportedly concerned that the efficacy was much as 10% lower than the company initially reported. That would make it still well above the 50% threshold needed for FDA authorization, but would pale in comparison to the 90%-plus efficacies of other COVID-19 vaccines.

Sponsored by the U.S. government, the new AstraZeneca trial in the United States, Peru, and Chile is the largest test yet of the vaccine’s worth, and the only one in which a sizable chunk of the participants—20%—was over 65 years old. In this vulnerable group, the vaccine had 85% efficacy, the company says. That would be good news given the concerns, fueled by a seemingly incorrect German news story, that the vaccine offered little protection for the elderly.

AstraZeneca has priced its vaccine lower than competing products, saying it won’t make a profit now, although its price—as little as $3 in some low-income countries—could rise once the pandemic ends. The vaccine is a cornerstone of the effort to provide an inexpensive, easy-to-transport product to much of the world. It is already widely used in Europe and India and has received an emergency use listing from the World Health Organization and emergency authorization from regulators in the European Union and many countries. But the vaccine has been dogged by questions about its safety and efficacy levels, which have varied widely across different studies.

The company’s first press release on Monday came out in lockstep with an endorsement from the National Institute of Allergy and Infectious Diseases (NIAID), which issued a press release repeating AstraZeneca’s 79% efficacy claim. Then within 24 hours, NIAID issued a highly unusual statement that the company had relied on “outdated” data. NIAID Director Anthony Fauci, who is a liaison for the government to the monitoring board, insisted to Science that his agency did not knowingly mislead the public. The quick correction came at the suggestion of the White House, he says.

Fauci says he and Francis Collins, director of the National Institutes of Health, received a briefing about the trial results from AstraZeneca officials on 21 March. At that point, the company “was going back and forth with the DSMB without any discussions with me or anyone at my level,” Fauci says. “They did it the wrong way.” What the company presented had been culled from a 17 February comparison between vaccinated participants and those who received a placebo. “The data looked fine,” Fauci says. “I thought it was really good.”

But the next day, the data hit the fan when the DSMB sent a note to Fauci and AstraZeneca questioning the 79% efficacy claim. “They were very concerned this would be a misrepresentation,” Fauci says.

The White House communication team learned about the DSMB note and contacted Fauci. “We say: Wait a minute, we have a company that already has got some checkered stuff going on from Europe, that comes out with a press release, and in good faith, the federal government copies their press release,” he says. “And then you have the DSMB that writes a note, which absolutely is going to get leaked, that is a very harsh criticism. So, if we just keep quiet and let things play out, people will say: You’re covering up something that is not right. And if there’s one thing that the government does not want to ever do, is to cover up something that’s not quite kosher. So, we had a meeting late into the night and said: We’ve got to clear the air.”

The NIAID statement does not accuse the company of trying to deceive anyone, Fauci stresses. “It’s a good vaccine and it was rolled out in a somewhat discombobulated way,” he says. Fauci says he’s still confident the vaccine will play a major role in protecting large numbers of people around the world.

Kathleen Neuzil, a researcher at the University of Maryland School of Medicine who helps run the clinical trial sites that test COVID-19 vaccines bankrolled by the U.S. government, agrees. “The results today show excellent results. …This vaccine is a critical tool for pandemic control and this is welcome news for the world,” she says. As to the DSMB flap, “The speed with which we have moved to advance science and vaccines during this pandemic is impressive,” Neuzil says. “Sometimes, that comes with miscommunication and missteps.”

Immunologist John Moore of Weill Cornell Medicine says the furor seems to boil down to AstraZeneca not properly coordinating the information in its initial press release with the DSMB. “I think DSMBs expect their input to be respected and it wasn’t,” Moore says, adding that he is baffled by AstraZeneca’s communication ineptitude. “The company people shot themselves in the foot while the foot was in the mouth,” Moore says.

Peter Hotez, a researcher at Baylor College of Medicine whose team is developing its own low-cost COVID-19 vaccine, says he worries about the public losing faith in the AstraZeneca-Oxford product. “We have almost no vaccines to immunize the 1.7 billion people living in Africa and Latin America, and we need this one,” Hotez says. He hopes the new numbers will help restore confidence but would like to see a fuller explanation of the controversy: “Some clarity and frankness as to what happened and an accounting for the discrepancy might be helpful.”

“I can only hope that the controversy … will serve as a reminder to all about the importance of good communication,” adds Nicole Lurie, a former U.S. government health official who works with the Coalition for Epidemic Preparedness Innovations—”and how critical it is to vaccine confidence.”