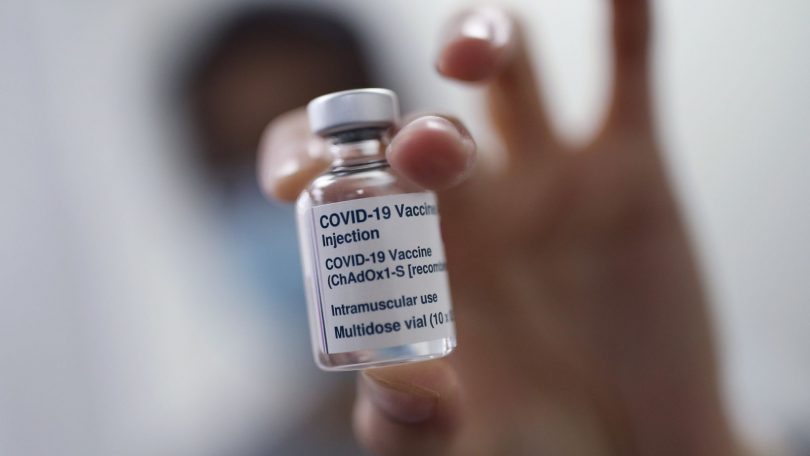 The UK regulator is currently investigating a potential link between the vaccine and rare blood clots in adults.

A trial of the Oxford-AstraZeneca COVID vaccine on children in the UK has been paused while the medicines regulator investigates a possible link between the jab and rare blood clots in adults.

A University of Oxford spokesperson stressed that there were “no safety concerns” with this specific study, but that further information was being awaited from the Medicines and Healthcare products Regulatory Agency (MHRA).

“Whilst there are no safety concerns in the paediatric clinical trial, we await additional information from the MHRA on its review of rare cases of thrombosis/thrombocytopaenia that have been reported in adults, before giving any further vaccinations in the trial,” the statement said.

“Parents and children should continue to attend all scheduled visits and can contact the trial sites if they have any questions.”

A spokesperson for the Department of Health and Social Care said: “No decisions have been made on whether children should be offered vaccinations.

“We will be guided by the advice of our experts on these issues including the independent MHRA and Joint Committee on Vaccines and Immunisation.”

Over the weekend it was reported that there had been 30 blood clotting cases recorded by the MHRA out of more than 18 million doses of the AstraZeneca shot administered.

The MHRA confirmed that of those 30 people, seven had died as of 24 March.

The European Medicines Agency’s (EMA) head of vaccine strategy has said it is “increasingly difficult” to say there is “no cause and effect relationship” between the Oxford-AstraZeneca jab and “rare cases of unusual blood clots”.

A press conference is expected from the European drug regulator either on Wednesday or Thursday, where its latest findings will be announced on the matter.

The World Health Organisation is also expected to report findings from an assessment this week, but has thus far maintained that the benefits of the vaccine outweigh any risks.

Responding to the decision to pause the trial involving children in the UK, SAGE adviser Professor Calum Semple told Channel 4: “This has been done out of exceptional caution and the big story still is that for a middle-aged, slightly overweight man, such as myself, my risk of death is one in 13,000 – the risk of this rare clot, which might not even be associated with the vaccine, is probably one in a million.

“So I’m still going to say it’s better to get the vaccine than not get the vaccine and we can pause and take time to carefully consider the value for children because they’re not at risk of death from COVID.”

Adam Finn, professor of paediatrics at the University of Bristol, said: “There’s a lot that remains unclear about the cases of thrombosis and thrombocytopenia being intensively studied by regulators and widely reported in the media.

“We need to know more about the people affected and we need to understand exactly how the illnesses came about, while many other questions remain unanswered at this time.

“However, there are some things that are very clear. The first is that these cases are very rare indeed. The second is that the vaccines that are available and in use in the UK prevent COVID very effectively.”

He added: “In short, if you are currently being offered a dose of Oxford-AstraZeneca vaccine, your chances of remaining alive and well will go up if you take the vaccine and will go down if you don’t.”

The Oxford jab has been key to the UK’s successful vaccine rolloutthus far, with more than 31.6 people having been vaccinated and almost 5.5 million having had a second dose.

But the speed of the vaccination drive will slow over the coming weeks due to supply problems. However, the government still expects to meet its target of offering a jab to every adult by the end of July.