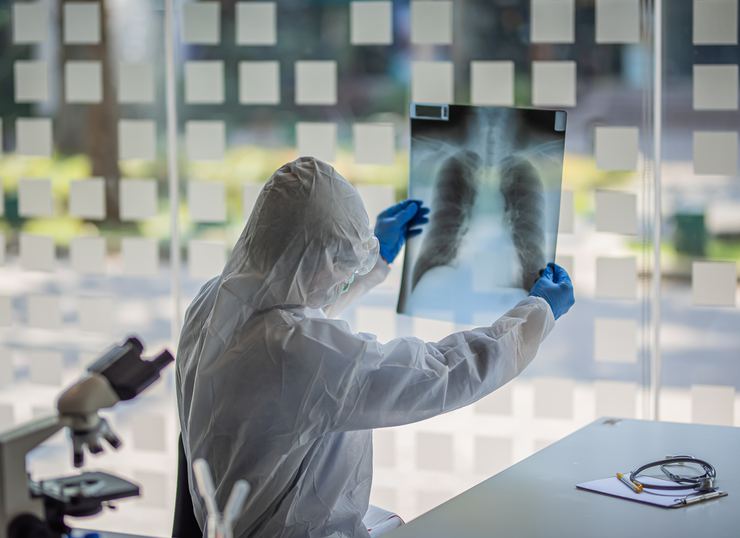 The head of the World Health Organization says coronavirus cases are continuing to rise globally at ‘worrying’ rates, increasing the potential for a much larger epidemic in Papua New Guinea and the Western Pacific region.

The number of new COVID-19 cases per week has nearly doubled globally over the past two months, approaching the highest rate seen so far during the pandemic, the head of the World Health Organization (WHO) said Friday.

At a press briefing focused on Papua New Guinea (PNG) and the Western Pacific region, WHO Director-General Tedros Adhanom Ghebreyesus said Friday that “cases and deaths are continuing to increase at worrying rates.”

Tedros said some countries that had been able to avoid widespread COVID-19 outbreaks are now seeing steep increases, citing PNG as an example. He said he was very worried about the potential for a much larger epidemic in PNG, and it was vital the country received more COVID-19 vaccines as soon as possible. The country has now identified more than 9,000 cases and 83 deaths, half of which were reported in the last month.

“Until the beginning of this year, Papua New Guinea had reported less than 900 cases and nine deaths,” Tedros said. “Papua New Guinea is a perfect example of why vaccine equity is so important,” Tedros said, adding that the Pacific island nation has relied on vaccine donations from Australia and the U.N.-backed COVAX initiative. To date, COVAX has shipped about 40 million vaccines to more than 100 countries, or enough to protect about 0.25% of the world’s population.

“While these numbers are still smaller than other countries, the increase is sharp and WHO is very concerned about the potential for a much larger epidemic,” Tedros said.

PNG Health Minister Jelta Wong said there was an ongoing challenge in the country to get people to wear masks and disbelief about the disease itself, which would complicate efforts to roll out vaccines. WHO officials said three emergency medical teams had arrived in PNG this week from Australia, the United States and Germany.

“The situation is extremely challenging right now,” Takeshi Kasai, WHO regional director for the Western Pacific, said of PNG.

Meanwhile, China’s success at controlling the coronavirus outbreak has resulted in a population that has seemed almost reluctant to get vaccinated. So it is accelerating its inoculation campaign by offering incentives – free eggs, store coupons and discounts on groceries and merchandise – to those getting a shot.

After a slow start, China is now giving millions of shots a day. On March 26 alone, it administered 6.1 million shots. A top government doctor, Zhong Nanshan, has announced a June goal of vaccinating 560 million of the country’s 1.4 billion people. The challenge lies partly in the sheer scale of the effort and the need to convince a population that currently feels safe from infections.

When patients first showed up at hospitals in Wuhan in late 2019 with fevers, coughs and breathing difficulties, the government locked down the city and others in Hubei province for more than two months starting in January 2020. Wuhan later became known as the epicenter of the outbreak.

Since then, China has controlled the virus through stringent border controls and quick lockdowns whenever new outbreaks crop up. People can dine out in restaurants and the risk of infection is low, so many don’t seem to be in a hurry to get the vaccine.

“I think everyone has a sense of security and comfort, and there’s no big rush to get vaccinated unless you are asked to do so,” said Helen Chen, a health care specialist at a market research firm in Shanghai.

But China also wants to open up as the world seeks to return to pre-pandemic normalcy and Beijing readies to welcome tens of thousands of visitors as host of the Winter Olympics in February 2022. While successful with swift lockdowns and a robust contact tracing system via smartphones, the government is also weighing those measures in balance with an eventual return to normalcy.

For now, in major cities like Shanghai and Beijing, the government has relied mostly on sustained messaging and freebies to convince people to get vaccinated. Shopping malls have offered points at stores or coupons. A temple in Beijing offered free entry to anyone showing proof of vaccination. Shanghai is using buses in its campaign to set up mobile vaccination points. And then there are the free eggs.

The country’s daily COVID-19 vaccinations have slowed from their peak early this month, while new infections have set a record, government data showed on Friday, as its main producer of shots urged the United States to end a ban on raw material exports. After giving and selling tens of millions of COVID-19 vaccine doses abroad, India has suddenly found itself short of the drug. It has abruptly changed rules to allow it to fast-track vaccine imports, having earlier rebuffed foreign drugmakers like Pfizer.

Vaccinations peaked at 4.5 million doses on April 5 but have averaged about 3 million a day since then, according to the government’s Co-Win portal to coordinate immunizations, as Reuters reported. The AstraZeneca vaccine, locally made by the Serum Institute of India (SII), accounts for more than 91% of the 115.5 million doses given in the country. But production ramp-up at SII, the world’s biggest vaccine maker, has been delayed by a raw-material shortage.

The chief executive of SII, the world’s largest maker of vaccines and a critical supplier of the U.N.-backed COVAX initiative, asked U.S. President Joe Biden to lift an embargo on exporting the raw materials needed to make COVID-19 vaccines. Adar Poonawalla wrote to Biden on Twitter: “If we are to truly unite in beating this virus, on behalf of the vaccine industry outside the U.S., I humbly request you to lift the embargo of raw material exports out of the U.S. so that vaccine production can ramp up.” Poonawalla told The Associated Press (AP) earlier that the unavailability of certain raw materials, such as the specific medium needed to grow microorganisms, was going to affect the Serum Institute’s production of a vaccine developed by American pharmaceutical company Novavax. The SII and Novavax have inked a deal to supply 1.1 billion doses of vaccine to COVAX.