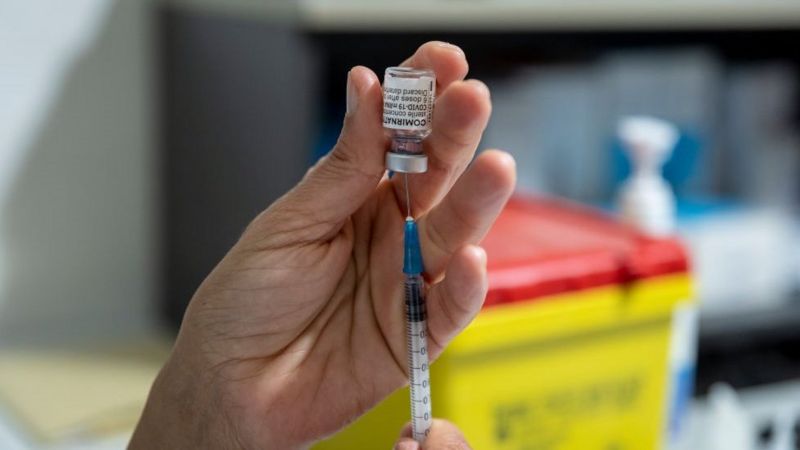 This week’s roundup of some of the latest scientific studies on the coronavirus and efforts to find treatments or vaccines for COVID-19 revisits the exposure risk on flights, hospitalization rates with the U.K. variant and why those with autoimmune conditions may need others to be vaccinated to be protected.

The company tested two new approaches against the variants – a single-dose “booster” for mice vaccinated months earlier with both doses of the original Moderna vaccine, and a separate new two-shot version combining the original vaccine with the booster in mice that had never been vaccinated.

In both scenarios, according to a paper posted on bioRxiv ahead of peer review, the treated animals had “significant” levels of antibodies against the original strain of the virus and comparably high levels of antibodies capable of neutralizing both the B.1.351 South African variant and the P.1 Brazil variant. Tests of the two new vaccines in humans are already underway.

Hospital patients with UK variant do not face higher risks
A highly contagious variant of the coronavirus first identified in Britain, known as B.1.1.7, does not cause more severe disease in hospitalized patients, according to a study published in The Lancet Infectious Diseases. B.1.1.7 is now the most common variant of the coronavirus in the United States, according to the U.S. Centers for Disease Control and Prevention (CDC), and accounts for the vast majority of new cases in the U.K.

The new study compared 198 patients with B.1.1.7 infections and 143 with COVID-19 caused by other variants, all of whom were admitted to British hospitals in November and December. Patients infected with the U.K. variant had higher viral loads, which aligns with previous findings that B.1.1.7 is more transmissible. But the researchers saw no difference in the risks of critical illness, death or other clinical outcomes in patients with B.1.1.7 and other variants.

“Our data … provide initial reassurance that severity in hospitalized patients with B.1.1.7 is not markedly different from severity in those without,” the researchers said.

The researchers based their findings on laboratory modeling of exposure to the coronavirus on single-aisle and twin-aisle aircraft. “It is important to recognize that the current study addresses only exposure,” not actual transmission resulting in infections, and it did not consider the impact of masking, the researchers said. U.S. airlines blocked middle seats early in the pandemic but have gradually opened them up, citing studies showing low transmission risk if everyone onboard wears a mask.

The authors of the new study, however, say earlier research found “masking seems to not eliminate all airborne exposures to infectious droplets and aerosols and support the importance of multicomponent prevention strategies.” Combining the effects of masking and distancing by means of empty middle seats would be more protective than either by itself, the researchers said.

Autoimmune disease treatments may reduce vaccine responses
Immunosuppressive drugs for inflammatory diseases like rheumatoid arthritis, multiple sclerosis and ulcerative colitis can impair the body’s response to the COVID-19 vaccines from Pfizer-BioNTech and Moderna, according to new data.

In 133 fully vaccinated people with such conditions, antibody levels and virus neutralization were about three-fold lower than in a comparison group of vaccinated individuals not taking those medicines, researchers reported on medRxiv ahead of peer review.

Most patients in the study “were able to mount antibody responses in response to SARS-CoV-2 vaccination, which is reassuring,” said coauthor Alfred Kim from Washington University School of Medicine in St. Louis. It is not clear yet whether reduced antibody levels will result in decreased protection from infection or hospitalization, Kim said.

Particularly concerning, he said, is the 10-fold reduction in vaccine-induced antibody levels seen in patients who routinely use steroids such as prednisone and methylprednisolone and a 36-fold reduction seen with drugs that deplete B cells, including Roche’s Rituxan (rituximab) and Ocrevus (ocrelizumab).