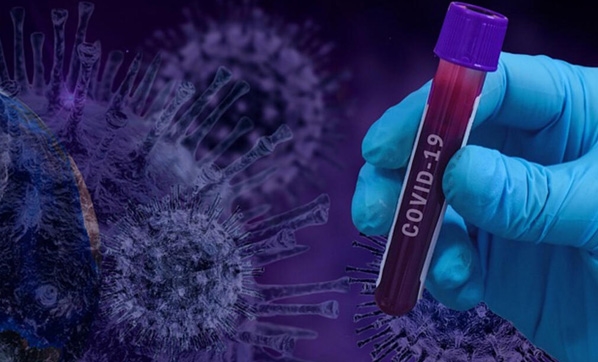 A drug and vaccine candidate that can also be used in the form of a protective spray against the novel coronavirus has been developed by Akdeniz University in Turkey’s southern Antalya province, the university reported on Saturday.

A protein produced on the leaves of a type of tobacco plant called “Nicotiana benthamiana” via “Transient Plant Expression System” was taken as a base for the drug, it noted.

Dr. Tarlan Mammedov, a member of the university’s Faculty of Agriculture and also a member of the Vaccine Science Board of the Biotechnology Institute of the Presidency of the Turkish Institutes of Health, along with his team produced the drug.

Mammedov said they are working on the “angiotensin-converting enzyme 2 (ACE2),” which, if used as a spray, is of great importance to prevent the virus from entering the cell.

He noted that the reduction of this enzyme, which is blocked by the COVID-19 virus, in the body leads to significant human health problems, noting that the enzyme is found in small amounts in the majority of patients in intensive care units.

‘DRUG CAN BE RELEASED WITHIN 4 MONTHS’
“With the Transient Plant Expression System, we have achieved a high rate of production of this enzyme,” said Mammedov, adding that they are ready to release it to save people’s lives.

“These proteins, which we produce from the plant, can be used in treatment in both spray and injection forms,” he said.

He also said the drug can be released within four months if the financial source is provided.

In addition to the protective properties of these proteins, it can be applied against COVID-19, and used for therapeutic purposes if it is produced in the form of injections, Mammedov noted.

“But for this, a Phase 1 study needs to be conducted,” he added.

“We developed kits that measure the body’s antibody level. We compared the kits we developed with commercially made kits and obtained the same results in the analyses.

“These kits can be used to measure patients’ antibody levels. Tests with the live virus came back positive.”

‘WE CONDUCTED TESTS OF VACCINE CANDIDATES WITH LIVE VIRUSES’
Mammedov noted that they have also achieved an important stage in vaccine studies.

“Protein-based vaccines have advantages over other vaccines. They are effective against various mutations of coronavirus.

“Animal tests showed that these antigens produced high titer antibodies in mice. This suggests that the proteins they produce in the plant constitute a promising vaccine candidate.

“We tested these vaccine candidates with live viruses. We found a high level of inhibition of the live virus from entering the cell,” said Mammedov.

“If financial support is provided, we are ready to move to (other) phase studies,” he added.