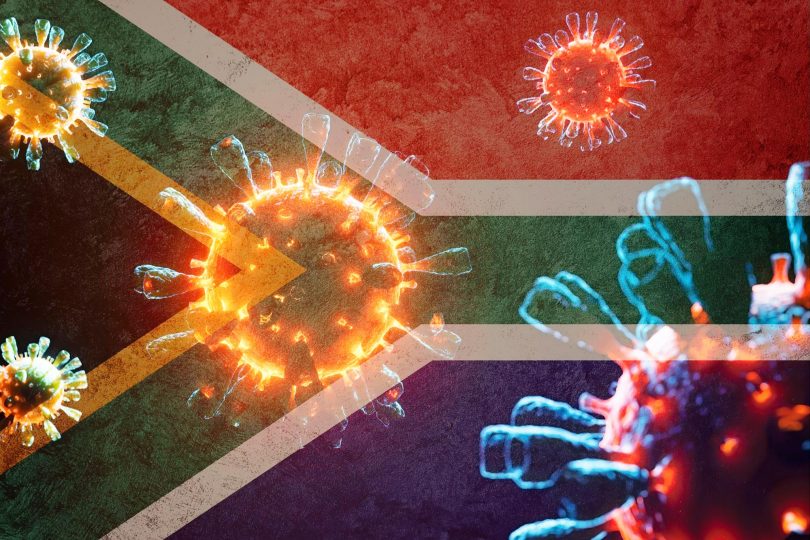 As a team of South African researchers we have identified a new lineage of SARS-CoV-2, the virus causing COVID-19. A lineage represents a genetically distinct virus population with a common ancestor. This virus may be designated as a variant in future, based on significantly altered properties, but first we need to understand it better. Our findings so far are set out in a non pre-peer reviewed paper.

The new lineage, assigned the name C.1.2, has been found in all provinces in the country. While it shares some mutations with other variants, it is different in some respects.

Viruses mutate all the time. Sometimes the mutations result in an added benefit for the virus, such as increased transmissibility. But often mutations don’t do anything beneficial for the virus. So more mutations do not always mean trouble for us, its host.

For C.1.2, a lot is still unknown. For example, it’s too early to tell whether these mutations will affect transmissibility or vaccine efficacy.

The Network for Genomics Surveillance in South Africa has been monitoring changes in SARS-CoV-2 since March 2020. South Africa was one of the first countries globally to introduce systematic and coordinated genomic surveillance, sequencing genomes of SARS-CoV-2 from patient samples representative of different geographic regions and over time.

Its findings have provided insights into how and when SARS-CoV-2 was introduced into the country, and into its early spread. The Network has also been sequencing virus genomes to identify newly developing viral lineages of particular concern.

Later in 2020 the network detected what is now called the Beta variant of concern and more recently observed, almost in real-time, the arrival and rapid “take-over” of the Delta variant in South Africa.

What’s known, and what’s not known

We select patient samples from diagnostic laboratories throughout the country and perform sequencing to analyze the virus genomes. We then compare these sequences to those seen before and elsewhere. It’s very much like the game where you spot the difference between nearly identical pictures.

We’re playing spot the difference with SARS-CoV-2. When we find many differences – or differences in certain particularly important places like the spike of the virus – we pay special attention. We then look to see how often we see this particular virus and where – in one region of the country or in multiple regions, only in South Africa or also in other parts of the world. We also monitor whether it increases over time, which would suggest that it is replacing previous versions of the virus.

When we sequence the virus and compare it to other SARS-CoV-2 viruses it gets assigned a name based on the closest matching virus. We then look at the virus and the one that it matches to see how similar they are to each other. If we see a lot of differences that could be an indication of a new lineage.

In May 2021 we first detected a mutated group of related SARS-CoV-2 viruses in South Africa which has been assigned the lineage, C.1.2. So far, from May to August 2021, C.1.2 has been detected in all provinces. Yet it occurs at relatively low frequency and though we see small increases in this lineage overtime they remain very low.

This lineage possesses mutations within the genome that have been seen in other SARS-CoV-2 variants.

The network alerted the World Health Organisation (WHO) and the South African National Department of Health to this lineage in July. The two months between our first discovery and the notification comes from the lengthy process of sequencing and analysis. In addition, mutated viruses appear from time to time – but many disappear again. Therefore we needed to monitor this particular one to see if it would be detected in additional regions. Only when we started detecting it in other provinces and when it was reported also from other countries did we feel we had sufficient evidence to suggest a new lineage.

The surveillance network is continuing to monitor the frequency of the lineage across the country, and helping other African countries do the same. Also, tests to assess the functional impact of the mutations it harbors are under way – for example, how well do antibodies in people who have been vaccinated or infected previously neutralise the new virus, how well does it multiply in cell cultures compared to other virus variants, and so on.

The virus has not yet fulfilled the WHO criteria to be classified as a variant of interest or variant of concern. A variant of interest has genetic changes affecting important virus characteristics (transmissibility, disease severity, immune, diagnostic or therapeutic escape) and epidemiological impacts suggesting a risk to global public health. A variant of concern is the worst category – it’s a variant with proven increased transmissibility and/or virulence and/or decreased effectiveness of public health or medical tools such as vaccines, therapeutics, and tests.

Delta is a good example of a variant of concern that rapidly came to dominate the epidemic globally, causing major waves in many countries including those with advanced vaccination roll-out programs.

The C.1.2 lineage shares a few common mutations with all other variants of concern, including the Beta, Lambda, and Delta variants. But the new lineage has a number of additional mutations.

We are still gathering more data to understand the impact of this lineage on transmissibility and on vaccines.

SARS-CoV-2, like all viruses, mutates with time, usually in a way that affords the virus some kind of advantage. Some of the mutations in the C.1.2 lineage have arisen in other SARS-CoV-2 variants of interest or concern. But we still don’t have a full picture. It will take a combination of ongoing thorough surveillance (especially to see whether it perhaps displaces the currently prevalent delta variant) and laboratory-based studies to characterize its properties.

Based on our current understanding of the mutations in this particular lineage, we suspect that it might be able to partially evade the immune response. Despite this, however, our view based on what we know now is that vaccines will still offer high levels of protection against hospitalization and death.

We expect new variants to continue to emerge wherever the virus is spreading. Vaccination remains critical to protect those in our communities at high risk of hospitalization and death, to reduce the strain on the health system, and to help slow transmission. This has to be combined with all the other public health and social measures.

We therefore advise the public to remain vigilant and continue to follow COVID-19 protocol by including good ventilation in all shared spaces and wearing masks that cover your nose, mouth, and chin. These non-pharmaceutical interventions are still shown to be preventing the spread of SARS-CoV-2 irrespective of the variant.

We are also of the view that the mutated lineage is unlikely to affect the sensitivity of PCR tests. These tests typically detect at least two different parts of the SARS-CoV-2 genome, which serves as a backup in the case of a mutation arising in one of them. Studies are ongoing to assess any implications for diagnostic testing.

Why vigilance is needed

As of late August 2021 the delta variant accounted for over 90% of sequences in Southern Africa. But virus evolution is ongoing, as long as the virus can spread from person to person, multiply, and be passed on. It is thus necessary to continue monitoring its evolution, to detect new problematic properties early and institute countermeasures, where possible.

Jinal Bhiman receives funding from the South African National Department of Health as part of the emergency COVID-19 response; a cooperative agreement between the National Institute for Communicable Diseases of the National Health Laboratory Service and the United States Centers for Disease Control and Prevention; the African Society of Laboratory Medicine (ASLM) and Africa Centers for Disease Control and Prevention through a sub-award from the Bill and Melinda Gates Foundation; the UK Foreign, Commonwealth and Development Office and Wellcome; the South African Medical Research Council and the South African Department of Science and Innovation; the UK Department of Health and Social Care, managed by the Fleming Fund and performed under the auspices of the SEQAFRICA project. She is affiliated with the National Institute for Communicable Diseases and the University of the Witwatersrand; and serves as a member of the World Health Organization Technical Advisory Group on Viral Evolution.

Marietjie Venter receives funding from the National Research Foundation of South Africa;The European Union (LEAP-Agri) program; The BMBF (the German Federal ministry for education and Research); and National Health Laboratory Services research foundation for unrelated research. She is currently employed by the University of Pretoria. She has acted as temporary advisor for the WHO. The views expressed here is that of the author and do not reflect those of the funders or employer.

Penny Moore receives funding from the National Research Foundation, the South African Medical Research Council and the US National Institutes of Health.

Tulio de Oliveira does not work for, consult, own shares in or receive funding from any company or organisation that would benefit from this article, and has disclosed no relevant affiliations beyond their academic appointment. It is supported by funding from the South African Medical Research Council and the Department of Science and Innovation.

Cathrine Scheepers does not work for, consult, own shares in or receive funding from any company or organization that would benefit from this article, and has disclosed no relevant affiliations beyond their academic appointment.

This article was first published in The Conversation.