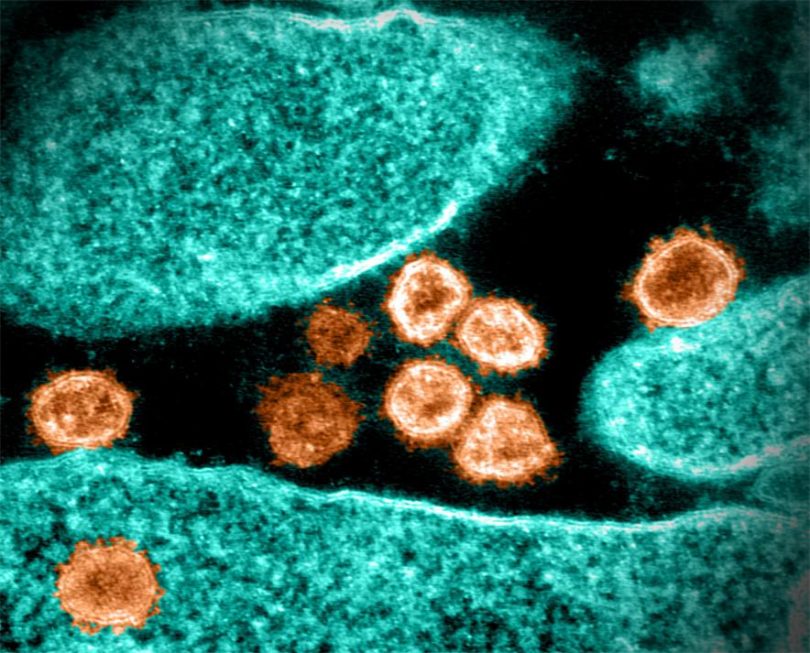 Vaccinated individuals and those who recovered from severe COVID-19 may be at lower risk for subsequent severe infections with SARS-CoV-2 variants than people who had milder cases, according to a new study in the September 3 issue of Science Advances.

The analysis, which included blood serum samples from 69 COVID-19 patients and 50 fully vaccinated healthcare workers in the Netherlands, found that serum from all study subjects showed a reduced response to the alpha, beta, and gamma variants compared to the original strain.

“We were surprised at how well the vaccine studied here recognizes all variants of concern — that’s really a testament to how well the SARS-CoV-2 vaccines work,” said Tom Caniels, a Ph.D. student at Amsterdam University Medical Centers (UMC) and one of the first authors of the study.

People who have not been vaccinated and are relying on antibody protection from a mild case of COVID-19, however, may be treading on thin ice.

“The main message to people that have had mild COVID-19 but are debating whether to take a shot is quite simple: get a vaccine,” said Caniels. “We clearly show that these people have lower levels of antibodies than those who are severely ill or those who are vaccinated. Sometimes, lower antibody levels translate into an inability to recognize viral variants.”

While the study was conducted before the delta variant became the dominant strain worldwide, Caniels and colleagues are currently extending their investigation to assess this variant.

“We have some preliminary data on multiple different vaccines, and it seems that delta does not impact the antibody titers elicited by vaccination more than any of the variants studied here,” said Caniels. “The current vaccines do a very good job of protecting against delta.”

The researchers began the study in late 2020, when the alpha variant (B.1.1.7) was circulating widely around the world, beta (B.1.351) was on the rise in South Africa, and gamma (B.1.1.28.P1) was raising concerns in Brazil. Disturbed by mutations in the viral spike protein in beta and gamma, which had been found to reduce antibodies’ abilities to fend off the viral invaders, Caniels and colleagues decided to investigate whether the subtle genetic changes in these rapidly spreading variants could threaten immunity conferred by vaccination or previous infection.

“When we initiated the study, there was not yet a complete overview with multiple variants of concern,” said Caniels. “Most other studies focused on either one variant of concern or one study group, meaning only infected individuals or only vaccinated individuals.”

To uncover just how much of a hazard these variants posed to the previously infected or vaccinated, the researchers assessed serum from 28 hospitalized and 41 non-hospitalized COVID-19 patients in the Netherlands, who were sampled four to six weeks after symptom onset between March 2020 and January 2021, as well as serum from 50 health care workers who had received two doses of the Pfizer vaccine.

When Caniels and colleagues tested how well neutralizing antibodies in serum from each group defended against each SARS-CoV-2 variant, they found the largest decrease in antibodies’ ability to recognize the beta variant, particularly among patients with mild COVID-19. 39% of these non-hospitalized patients had lost all ability to neutralize beta, while 34% could not neutralize gamma at detectable levels. Serum from these patients could, however, still neutralize the alpha variant and a SARS-CoV-2 pseudovirus (which, unlike a live virus, cannot replicate).

All of the hospitalized patients still showed at least some ability to neutralize all three variants, and only one of the vaccine recipients lost its neutralizing activity against beta.

“The beta variant has some mutations in its spike protein that are also found in other strains,” said Caniels. “If these strains remain dominant across the globe and amass more mutations, cases of breakthrough infection will occur.”

Caniels suggests that if strains of the virus with spike proteins that differ greatly from the one currently present in COVID-19 vaccines continue to emerge and spread, it may eventually be wise to introduce an updated vaccine. However, he does not think the time has come for a modified vaccine designed to increase immune coverage.