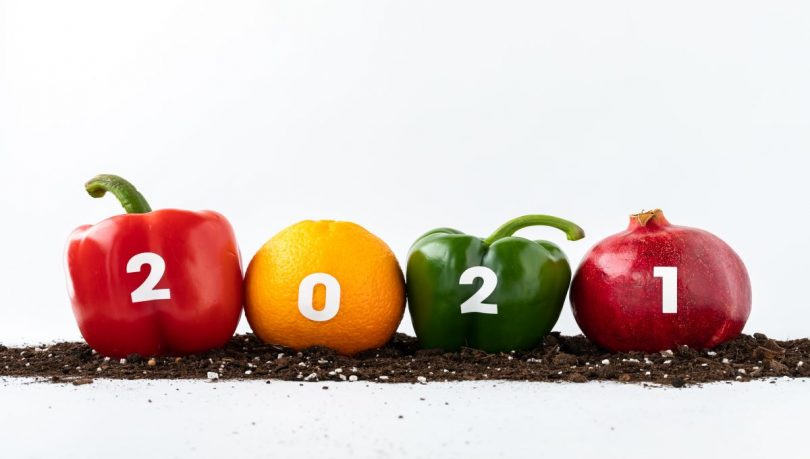 A trio of issues that featured in the news agenda of 2020 carried into 2021 and none of them are out of sight yet. Coronavirus, the United Kingdom leaving the European Union, and ethylene oxide contamination are sure to demand coverage as we head into 2022.

2021 also gave us a glimpse into how pathogens don’t respect borders, Group B Streptococcus in Hong Kong, edible insect developments, and another year of big Salmonella outbreaks in the UK.

Some research has been done and more is ongoing to analyze the impact of the pandemic on the reporting of foodborne diseases. This was highlighted in full by the European Food Safety Authority (EFSA) and European Centre for Disease Prevention and Control (ECDC) report on outbreaks and illnesses in 2020. Regular Food Safety News readers will have guessed the direction of figures from coverage of national statistics, but the reported 47 percent decrease in outbreaks and 61 percent fall in illnesses might have surprised even them.

One interesting point was the agents that caused severe illness such as botulism or listeriosis didn’t go down as much as norovirus, for example, which is unpleasant but rarely fatal.

We know by now that many measures including reduced travel and closed food businesses are factors to consider, but more people were cooking at home so the risk areas changed. We’ll have to wait for the 2021 figures but I suspect with more travel and lab capacity back online they will go up. However, I would be surprised if we went back to the levels seen in 2019 pre-pandemic.

2) A global world: The international outbreaks

For the past three quarters, events involving the International Food Safety Authorities Network (INFOSAN) have gone up. Is this better reporting or more incidents? That depends on who you listen to, but we can agree this year saw some outbreaks involving Europe as well as the United States and Canada.

A multi-country outbreak of Salmonella Braenderup affected more than 350 peopleand was traced to Galia melons from Honduras. Four people were sick in the United States and two in Canada while most cases came from the UK and Europe.

Another example is the outbreak of different Salmonella types linked to tahini and halva from Syria. The United States has reported six Salmonella Mbandaka cases, one in 2020 and the rest this year. Canada has eight confirmed cases: five of Salmonella Mbandaka, two of Salmonella Havana and one of Salmonella Orion from 2019 to 2021. In Europe, at least 121 people have been affected since January 2019. With increased global trade and better technology to link infections, this multi-country aspect is something we may well see more of in the future.

The number of recalls and withdrawals because of ethylene oxide in products must now be in the thousands, if not tens of thousands. Belgium first raised the alert in September 2020 concerning sesame seeds from India. It was later found in additives including locust bean gum (E410). The use of ethylene oxide to disinfect foodstuffs is not permitted in Europe. While it was to tackle Salmonella initially, some believe the examples of contamination could be because it is also applied to disinfect warehouses and transport containers.

The European Union has already tightened the rules and will go even further beginning in January 2022 to include ethylene oxide controls for imports of xanthan and guar gum, spices and some other products. We’ve seen not all EU countries are happy about the blanket recall approach and it has caused legal issues, but the long shelf life of products and the wide array of foods potentially affected means finding the right balance is tricky.

Now that the UK has left the EU — we’ll get to that in a minute — outbreaks are not covered in as much detail in the EFSA and ECDC report mentioned above and the latest national figures published are from 2017. So, putting together pieces of the jigsaw we do have shines the spotlight on Salmonella again, as it was in the 2020 round-up.

We have the 139 Salmonella Enteritidis infections in 2021 as part of the nearly 900 cases linked to pet owners handling frozen feeder mice from 2014. The Salmonella Infantis pork scratching outbreak with 534 people sick is thought to be the largest one of this Salmonella type ever reported in Europe. Despite Tayto Group’s recall and halting production at the plant, illnesses were still being reported months after.

The UK was the most affected country with more than 100 confirmed patients in the melon outbreak referenced above and two strains of Salmonella Enteritidis in frozen, raw, breaded chicken products from Poland have caused more than 500 illnesses since January 2020 and one death.

There are many aspects to the UK no longer being an EU member state such as worker issues and losing access to systems like the Rapid Alert System for Food and Feed (RASFF).

One Brexit focus is the UK delaying border controls for food products from the EU. Checks on some EU imports, including fish, have been pushed back to November 2022. They have already been deferred three times. The EU implemented checks on similar items exported from Great Britain beginning in January 2021.

Certification and physical checks of high-risk animal-by products, all meats and meat products, and high-risk foods not of animal origin are set to start in July 2022, with controls on dairy products beginning in September and all other products of animal origin including composite and fish products beginning in November, according to the Institute of Export and International Trade.

The need to pre-notify the Animal and Plant Health Agency or Department for Environment, Food and Rural Affairs of sanitary and phytosanitary (SPS) imports from the EU, using the Import of Products, Animals, Food and Feed System (IPAFFS), comes into force on Jan. 1, 2022.

The European surveillance portal for infectious diseases (EpiPulse) was launched in June 2021 and integrates several surveillance systems such as The European Surveillance System (TESSy) and the five Epidemic Intelligence Information System (EPIS) platforms including the food and waterborne disease one. It is only open to appointed experts.

By June 2022, the joint European database is expected to be operational between EFSA’s whole genome sequencing database with isolates from food products and ECDC’s with clinical isolates from humans.

7) Group B Streptococcus in Hong Kong

Hong Kong reported an outbreak of Group B Streptococcus linked to handling fish with some cases belonging to sequence type 283 (ST283). This is the same type that affected up to 150 people in Singapore in 2015 from eating raw freshwater fish. Invasive GBS disease was not known to be foodborne before this incident. Nearly 20 infections were reported in July 2020 but the source was not found. Cases of invasive GBS ST283 have also been recorded in China, Lao People’s Democratic Republic, Thailand and Vietnam, according to the Food and Agriculture Organization (FAO) of the United Nations.

The EU is about to put house crickets on the list of novel foods, adding this insect to those approved as a food. It is the third insect to gain approval, following migratory locust and yellow mealworms. Novel food is anything that was not consumed in the EU to a significant degree before May 1997. There are also nine applications for insects, which are being evaluated by the European Food Safety Authority (EFSA).

This growing list brings many supply chain questions including safety. Hazards could be biological, including bacteria, viruses, fungi and parasites; chemical including mycotoxins, pesticides, heavy metals and antimicrobials; or physical. As part of addressing this, the FAO published an overview of food safety issues that could be associated with edible insects. Maybe in the future we will be giving storage, cooking and leftover advice for grasshoppers instead of chicken?