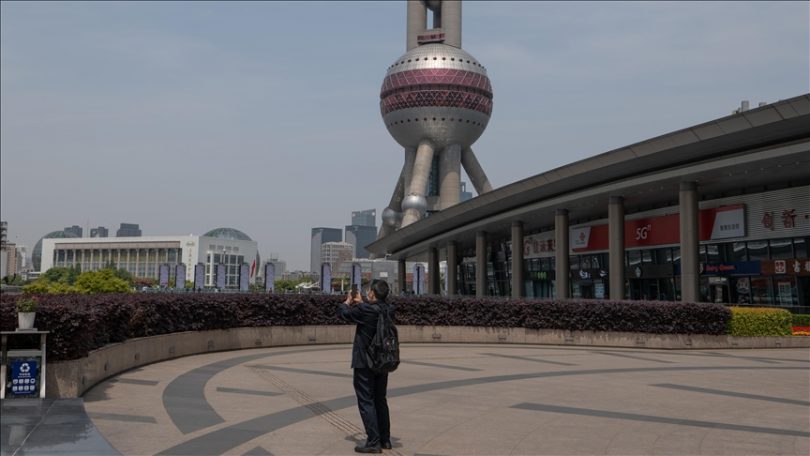 The closure measures due to the increasing Covid-19 cases in Shanghai, the largest city in China and one of the most important financial and trade centers in Asia, interrupt the logistics and supply chains, which are the lifeblood of both the world and China’s economy.

The sudden increase in cases with the spread of the Omicron variant in Shanghai since mid-March has caused a dilemma for local authorities between controlling the epidemic and meeting the basic needs of the city with a population of more than 26 million.

The gradual closure announced on March 28 due to the cases triggered by the Omicron variant in the city was extended indefinitely in the whole city as the cases did not decrease.

The prolongation of the lockdown measures caused difficulties in the distribution of food, medicine and necessities and in the provision of care services.

Even the basic needs have become difficult for the residents of the city, where many foreigners live and China’s high-ranking people, mostly white-collar, live.

Shanghai residents, who cannot leave their homes, are turning to online shopping, while supplier businesses cannot meet the demands due to the lack of couriers and other logistics problems.

Although Chinese online shopping platforms such as Alibaba, JD.com and Meituan are trying to reinforce their warehouses in Shanghai and increase the number of staff and couriers, they cannot work at full capacity due to virus measures.

Closing an important trade, production and logistic center worldwide for weeks negatively affects the supply chains in many sectors at home and abroad.

The factories in the city, which hosts large-scale production facilities in the field of automotive, semiconductors and electronics, had to pause their production due to closure measures.

Factories were able to resume work after Shanghai authorities allowed them to accept 666 companies to “whitelist”, including Tesla and SMIC, in order to continue production in the manufacturing sector affected by the shutdown measures.

Authorities allowed them to continue their activities in a closed circuit.

However, due to the quarantine measures, manufacturers still cannot predict how they will procure raw materials and parts and how they will be able to take their products out of the factory and put them on the market.

Strict quarantine measures are disrupting road transport, which makes up the bulk of the logistics industry in China.

Inter-city roads closed due to pandemic measures in Shanghai and other cities greatly reduce the amount of freight transported by land in the country, while transportation costs increase due to extended delivery times.

Many cities and state governments require truck and lorry drivers entering their areas to submit a negative test, and this causes long queues of trucks at the city and state entrances and exits.

Drivers passing through Shanghai and the northeastern province of Cilin state, where lockdown measures are in place, are required to stay in quarantine for two weeks for moving to other cities.

The road vehicle freight flow index, which shows the volume of truck and truck traffic on the roads, decreased by 22.4% in the first week of April compared to the same period of the previous year.

Transport volume decreased by 69.7% in quarantined Shanghai and by 86.7% in Cilin state.

According to data from the China Federation of Logistics & Purchasing, freight transport costs increased by 30% at the beginning of April compared to last year due to capacity reduction and long transport times.

The disruption of truck and truck services also caused a bottleneck in Shanghai Port, where more than 50% of the container traffic is transferred by land.

Although the port, which is the key transfer point of land, sea and air logistics, continues its activities despite the protection measures, many ships wait at the port to unload their cargo due to the absence of vehicles.

The European Union Chamber of Commerce in China announced that it is estimated that the freight traffic at the Shanghai Port has decreased 40%compared to normal conditions.

Air cargo traffic was also markedly reduced during the closure.
According to data from flight tracking site VariFlight, 98% of scheduled flights to Shanghai’s Hongqiao and Pudong airports on April 6-12 were cancelled.

All these developments negatively impact domestic and global supply chains.

According to a review of the European Union Chamber of Commerce in China, 30% of European firms were negatively impacted.

In the survey approved by the American Chamber of Commerce in China, it was determined that 57.3% of firms were negatively affected by the problems.

After the closure measures began to be implemented in Shanghai on March 28, many companies producing electronics, semiconductors and automobiles for the global market had to reduce their activities or cease completely.

Yu Qingdong, head of the consumer electronics and automobile division of Chinese technology giant Huawei, said: “If Shanghai cannot resume production by May, all technology and industrial companies whose supply chains are dependent on the city, especially the automotive industry, will come to a standstill.”

According to the first-quarter data released by the National Bureau of Statistics, retail sales decreased by 3.5% in March, the first contraction since August 2020.

While the gross domestic product increased by 4.8% in the period covering January, February and March compared to the same period of the previous year, it remained below the annual growth rate target of 5.5%.

It is estimated that the tangible impact of the Shanghai closure on the economy will be seen in the second quarter of the year, which covers the months of April, May and June.