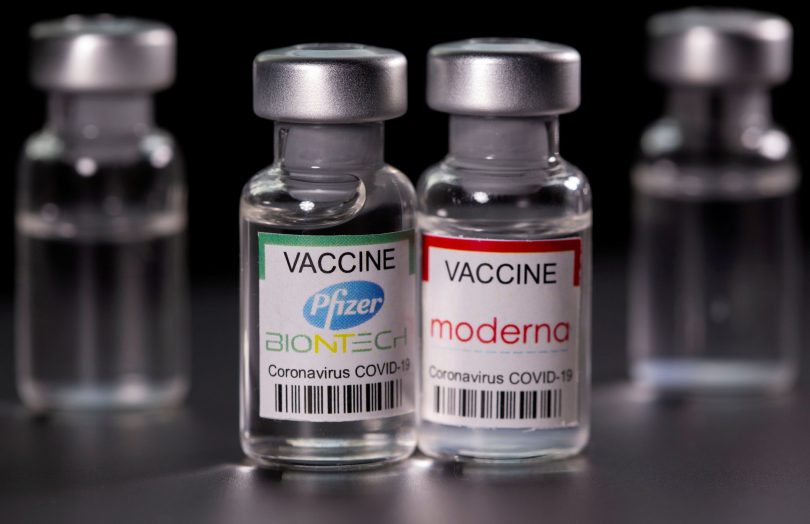 Experts criticized the companies’ announcement, however, pointing to a lack of data in their news release.

In the six weeks since the Food and Drug Administration authorized updated omicron boosters, it’s been unclear how much more protection the new version of the shot provides against infection.

On Thursday, Pfizer and BioNTech provided an early glimpse at the findings from their ongoing study in humans, saying in a press release that the updated booster generated a strong immune response against the BA.4 and BA.5 subvariants.

These findings, however, still don’t answer the question of how well the shot performs in the real world — that is, is it effective against infection or illness?

The results are based on blood samples taken from adults one week after they received the updated booster. In those blood samples, Pfizer said, neutralizing antibodies against BA.4 and BA.5 were higher compared with the antibody levels seen before the person got the booster.

John Moore, a professor of microbiology and immunology at Weill Cornell Medical College, was critical of the announcement, calling it unhelpful.

“What matters is how well the bivalent booster performs, and we have no way of assessing that from the press release,” he said.

Others were more optimistic.

The caveat, he said, is that as with previous boosters, that protection wanes over time and the virus could continue to mutate in ways that allow it to evade the immunity provided by the new shots.

Pfizer’s updated booster, which targets the BA.4 and BA.5 omicron subvariants, along with the original strain of the coronavirus, was authorized by the FDA in late August without data from human trials — a move considered risky by some, especially if the new shots later proved to be no better than the existing vaccines. The FDA also authorized Moderna’s updated booster based on similarly limited data.

The FDA authorized the updated shots based on studies in mice — plus human trial results from a similar booster that targets the original omicron strain, called BA.1.

At the time, Dr. Peter Marks, the FDA’s top vaccine regulator, said the agency hoped the updated vaccines will provide stronger protection against symptomatic disease than the older vaccines.

Dr. Anthony Fauci, the White House’s chief medical adviser, told NBC News in an interview this week that scientists won’t know how well the new vaccines work in the real world for several more months. But U.S. officials have said they expect that the new shots will perform better than the first iteration of the vaccines, which only targeted the original coronavirus strain.

But some experts are still skeptical, saying scientists won’t know how much better the new shots are — if at all — until they’ve been widely tested in people.

David Boulware, an infectious disease physician at the University of Minnesota Medical School, said the release suggests a beneficial immune response, but no actual data was provided by Pfizer.

The release is “rather vague,” he said, adding that the “substantial increase” cited by Pfizer could mean anything.

Pfizer said in the release that it expects to provide data measuring antibody levels one month after people got the booster “in the coming weeks.”

Moderna didn’t immediately respond to a request for comment about when it will release new data on its updated booster.